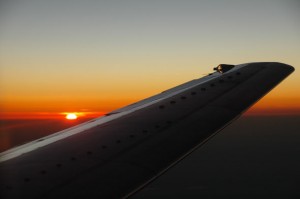 Included in the JAR-FCL pilot licence maybe the Night Qualification. This qualification is subject to the relevant conditions made under JAR-FCL, this includes the holder’s licence without a Skill Test being required. Also, subject to conditions laid down in UK legislation (presently includes JAR-FCL, Amendment 5) governing requirements for the holder’s recent flying experience, there is no requirement made which requires retesting of the holder of a Night Qualification.

The Night Rating is distinct from the Night Qualification in as much as the former is a rating included in a UK national licence and the latter in a JAR-FCL licence.
Flight Instructor and Examiner ratings extend the holder’s privileges to act, respectively, as an instructor and to act as an examiner for proficiency checks and, or, skill tests. These ratings both exist in a variety of forms whose domains, or ranges of privileges, are for specified aircraft operations.

“‘Night’ means the time from half an hour after sunset until half an hour before sunrise (both times inclusive), sunset and sunrise being determined at surface level”